On the coin obverse there are depicted: above, against the background of the pavement, the inscription Україна (Ukraine) with the Small Coat of Arms of Ukraine thereunder; put on the pavement carnations that symbolize the heroes` blood shed and the inscription ГЕРОЇ/НЕ ВМИРАЮТЬ! (Heroes / don`t die!); against the smooth background to the left there are the coin face value 5/ГРИВЕНЬ (5/hryvnias) and issue year 2015 indication, to the right - the mark of the National Bank of Ukraine Mint. 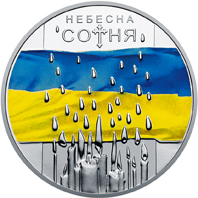 On the coin reverse there is the composition: the candles whose flames rise against the background of the blue and yellow (pad printing used) State Flag of Ukraine and symbolize the heroes` souls; above, against the smooth background, there is the legend: НЕБЕСНА/СОТНЯ (heavenly hundred).

The commemorative coin is consecrated to the memory of the heroes that have become a symbol of the dignity; each of them has accomplished a feat having risen in rebellion against the violence and injustice, having sacrificed the most valuable - the life - for the new reviving Ukraine. 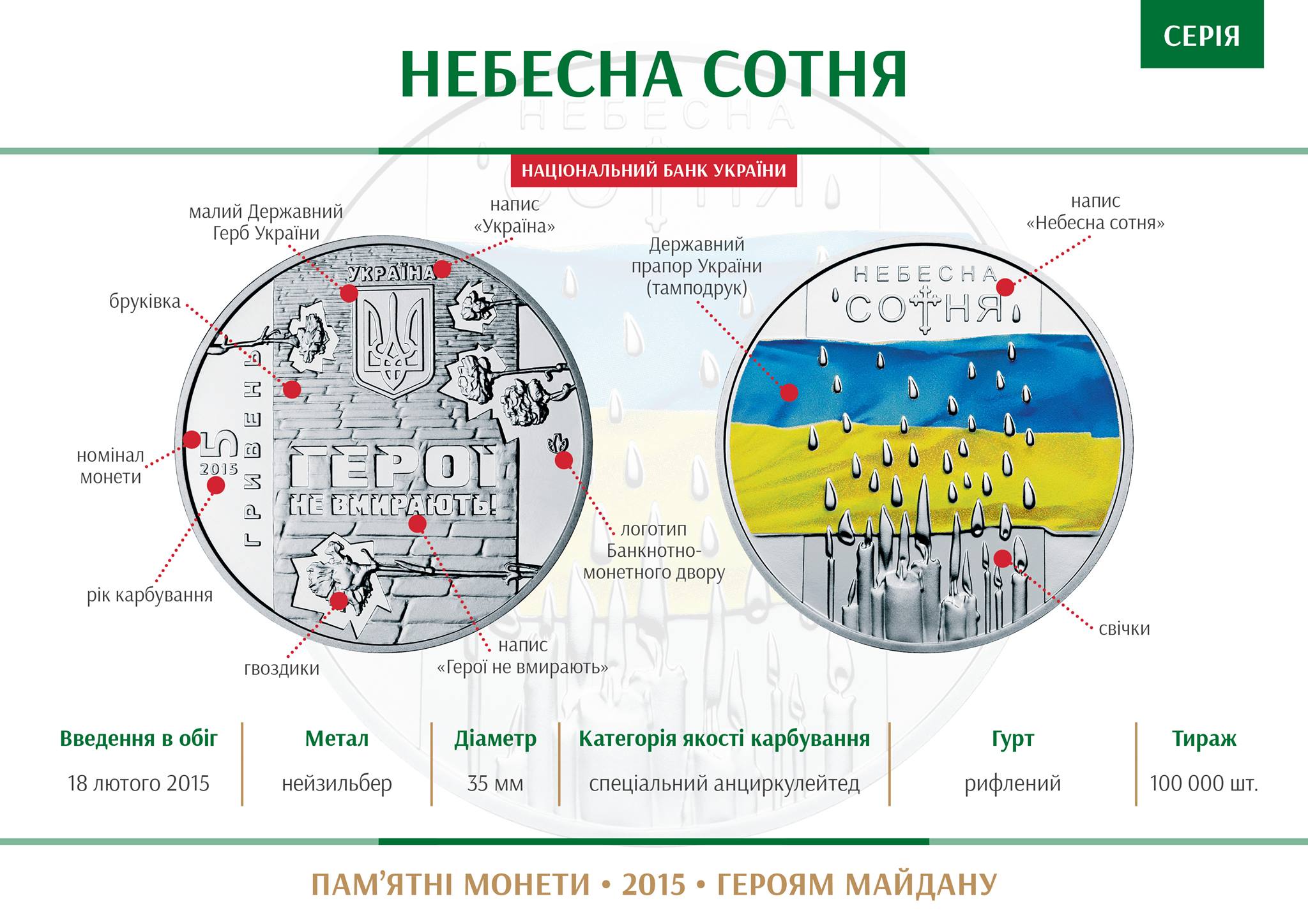