On the coin obverse, against the embossment background, being a conventionalized image of the wavering flag, there are: the inscription Україна (Ukraine) above with the Small Coat of Arms of Ukraine to the left thereof; the coin face value 5/ГРИВЕНЬ (5/hryvnias) and issue year 2015 indication (to the left); the mark of the National Bank of Ukraine Mint (below); in the centre, within the square formed by the inscription quoting Article 5 of the Constitution of Ukraine: НОСІЄМ СУВЕРЕНІТЕТУ/І ЄДИНИМ ДЖЕРЕЛОМ/ВЛАДИ В УКРАЇНІ/Є НАРОД (THE BEARERS OF SOVEREIGNTY / AND THE ONLY SOURCE / OF POWER IN UKRAINE / ARE ITS PEOPLE) there is a fragment representing the viche (popular assembly). 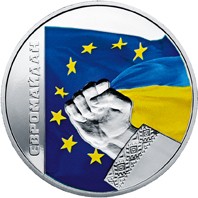 On the coin reverse there is depicted the symbolic composition: against the background of the European Union flag the clenched hand is holding the State Flag of Ukraine (the flags are represented with use of pad printing); to the left there is the legend ЄВРОМАЙДАН (Euromaidan).

The commemorative coin is dedicated to the protest actions that took place in Ukraine and were full of the aspiration for changes, for the European direction of our country development. 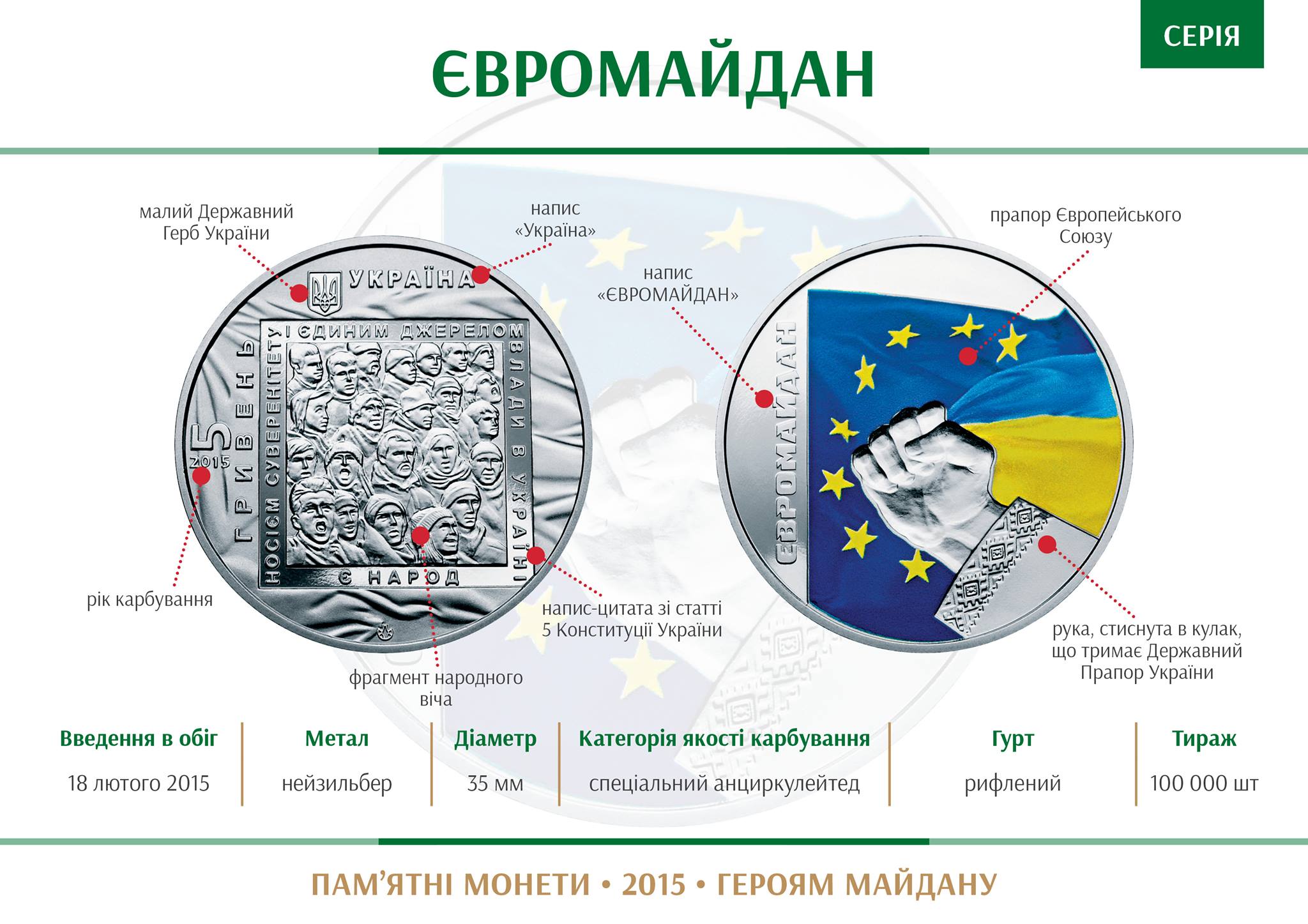