Obverse: above is Ukraine’s small coat of arms, on both sides of which are the figures 2021; in the center is the following stylized composition: against the backdrop of a village house window is a portrait of Stefanyk, to the right of which is a ear of wheat, which symbolizes a writer’s quill; there are the following legends: УКРАЇНА (Ukraine) (above the portrait), 2, the coin’s face value (to the right), ГРИВНІ (hryvnias) (semicircular, to the right), and ВАСИЛЬ СТЕФАНИК (Vasyl Stefanyk) 1871–1936 (semicircular, below); to the right, between the legends is the mint mark of the NBU’s Banknote Printing and Minting Works. 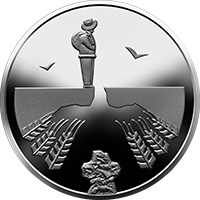 Reverse: against a smooth background is a lonely figure of a person who is setting off on a long journey; in the foreground is a stone cross, to the right and left of which are ears of wheat; stylized birds are on both sides of the figure.

This coin celebrates the 150th birth anniversary of Vasyl Stefanyk, a talented Ukrainian modernist, an unsurpassed master of expressionist short stories, a poet, a public figure and a politician. Although all of Stefanyk’s works can be contained in one volume, his name is on a par with the most famous novelists in the world, as his works impress with their exceptional truthfulness, true originality and artistic perfection. “The Blue Book”, a collection of short stories, was an important work in the history of Ukrainian prose. This book, which earned Stefanyk general recognition, received enthusiastic reviews from Ivan Franko, Lesia Ukrainka, Mykhailo Kotsiubynskyi and Olha Kobylianska. The writer’s other book, “The Stone Cross”, was regarded as an important literary achievement. 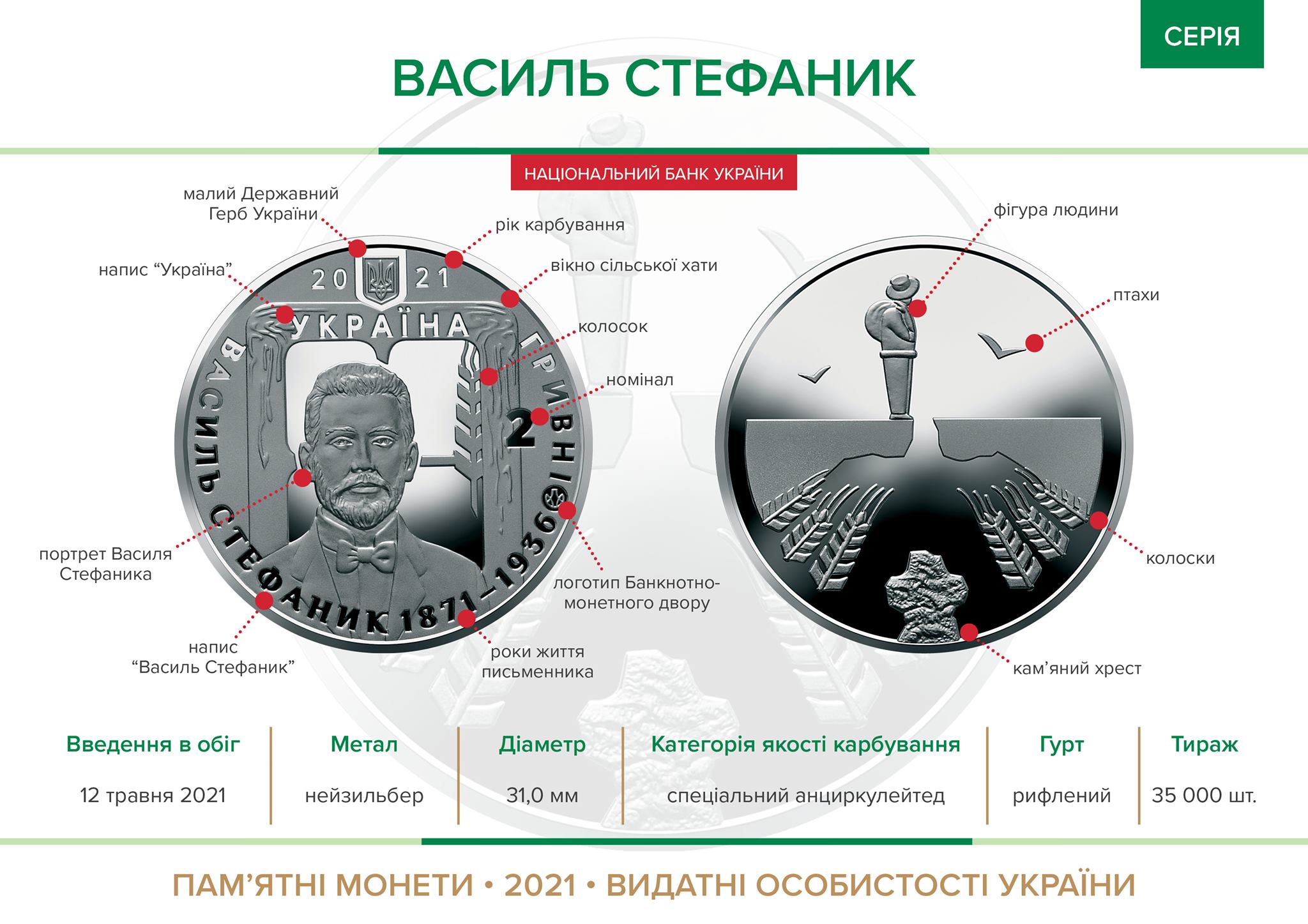