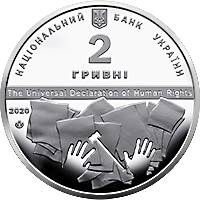 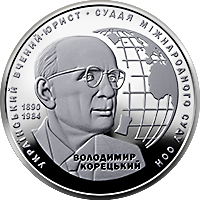 Obverse: against the backdrop of a globe symbolizing Koretskyi’s international activities, is his portrait; under the portrait is the legend ВОЛОДИМИР/ КОРЕЦЬКИЙ (Volodymyr/ Koretskyi), to the left of the portrait are the years of his birth and death 1890/1984; there is the following circular legend: УКРАЇНСЬКИЙ ВЧЕНИЙ-ЮРИСТ СУДДЯ МІЖНАРОДНОГО СУДУ ООН (Ukrainian scientist and lawyer ? judge of the UN International Court of Justice).

This coin celebrates Volodymyr Koretskyi, who was a Ukrainian scientist, law historian, an expert in international private law and the general history of the state and law, and a fellow of the Academy of Sciences of the Ukrainian Soviet Socialist Republic. Koretskyi also actively contributed to the preparation of the Universal Declaration of Human Rights, and many other important international legal documents. 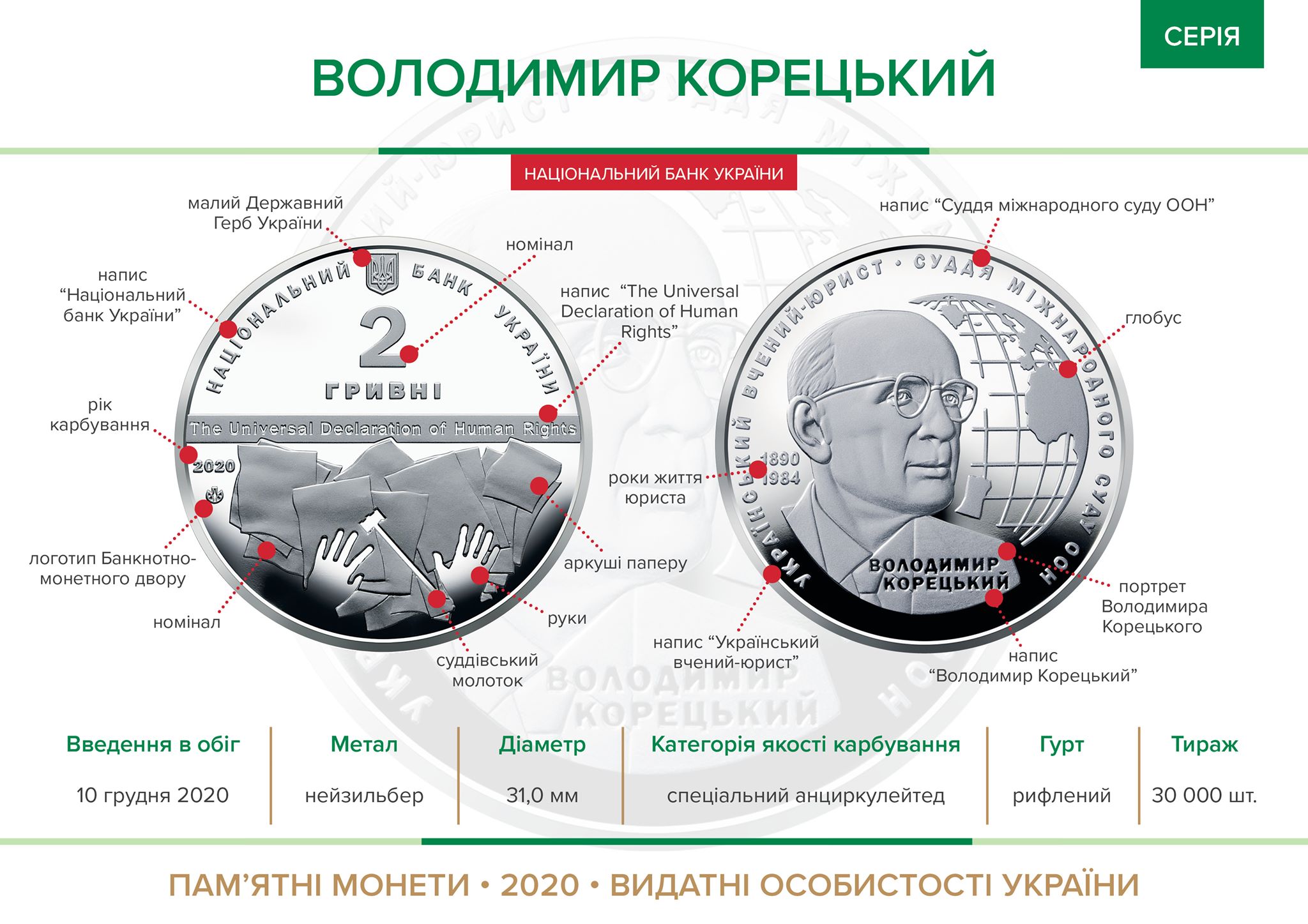