Buy a coin The 100 Years of the Odesa Film Studio 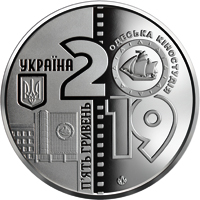 Obverse: to the left is Ukraine`s small coat of arms; above is the legend УКРАЇНА (Ukraine); underneath, against a matt background is the film studio’s building; to the right is the vertical legend П’ЯТЬ ГРИВЕНЬ (five hryvnias); against the background of a conventionalized reel of film is the legend 20/19 (with the studio’s logo in the middle of the zero, and the semicircular legend ОДЕСЬКА КІНОСТУДІЯ (The Odesa Film Studio) around it); and underneath is the mint mark of the NBU’s Banknote Printing and Minting Works). 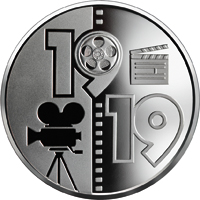 Reverse: there is the conventionalized legend 19/19 – the year the studio was created; to the left, against a matt background is a smooth outline of a retro motion picture camera; above and to the right, against a smooth background is a clapper (a contraption used to synchronize the soundtrack and visuals when shooting a movie).

ommemorative coin is dedicated to a famous Ukrainian film studio that, throughout its history, has produced a lot of popular motion pictures. The Odesa Film Studio was born out of the merger of several private film production companies in 1919 (Myrograph (1907), Mizrah (1914), Borysov Film Factory, and Kharytonov Film Factory). The Odesa Film Studio was where Oleksandr Dovzhenko directed his first movies (Zvenyhora, Arsenal), Les Kurbas directed The Swedish Match, Ivan Kavaleridze directed The Downpour, Kira Muratova debuted as an actress and director, and actresses Maria Zankovetska and Nataliia Uzhvii, actor Hnat Yura, and many others worked. The Odesa Film Studio has been the favorite place of work of a plethora of world-famous directors. The studio has rolled out more than 300 motion pictures and constructed over 1,500 movie sets for films that were popular in the former USSR, including The Prisoner of Chateau d’If, The Meeting Place Cannot Be Changed, In Search for Captain Grant, And Then There Were None, The Green Wagon, D’Artagnan and Three Musketeers, and more 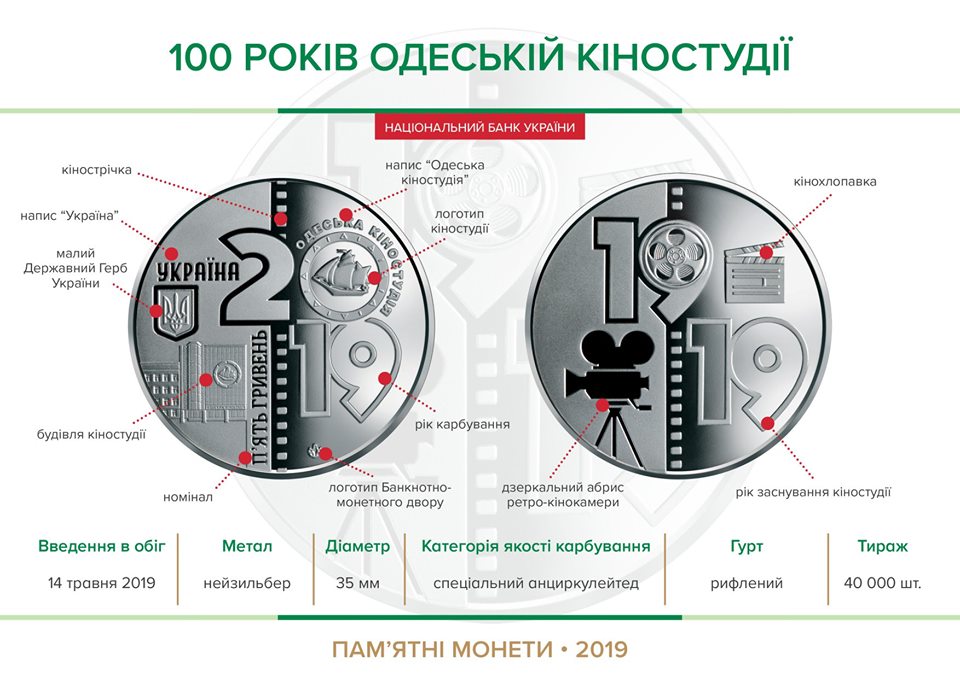 Buy a coin The 100 Years of the Odesa Film Studio

Discussion coins The 100 Years of the Odesa Film Studio (5)