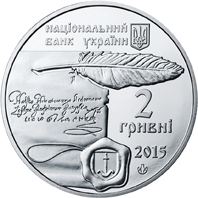 Obverse: on the obverse of the coins there are depicted: НАЦІОНАЛЬНИЙ/БАНК УКРАЇНИ (National Bank of Ukraine) and the Small Coat of Arms of Ukraine to the right; and the conventionalized composition representing the transfer of land, - against the background of the page with Halshka Gulevychivna`s autograph there are depicted a pen (top) and a seal (below), to the right there are the coin face value 2 / ГРИВНІ (2 / hryvnias), coin issue year indication 2015 and the mark of the National Bank of Ukraine Mint. 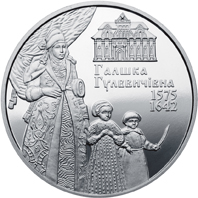 On the reverse there is depicted the conventionalized composition: above there is facade of the building, which began the history of Kyiv Brotherhood School, below there are the inscriptions ГАЛШКА/ГУЛЕВИЧІВНА (Halshka Gulevychivna) and years of her life 1575/1642, to the left there are depicted Halshka Gulevychivna and children.

The commemorative coin is dedicated to the famous figure of national and cultural revival of Ukraine of late XVIth - early XVIIth century - Elizabeth (Halshka) Vasilivna Hulevychivna, who descended from a noble family of Volhynia and was one of the founders of Kyiv Brotherhood Epiphany Monastery and its school for children. For this purpose she donated her country estate with plot of land in Podil district of Kyiv in 1615. This was the beginning of the Kyiv Brotherhood School (later Kyiv Mohyla Academy). 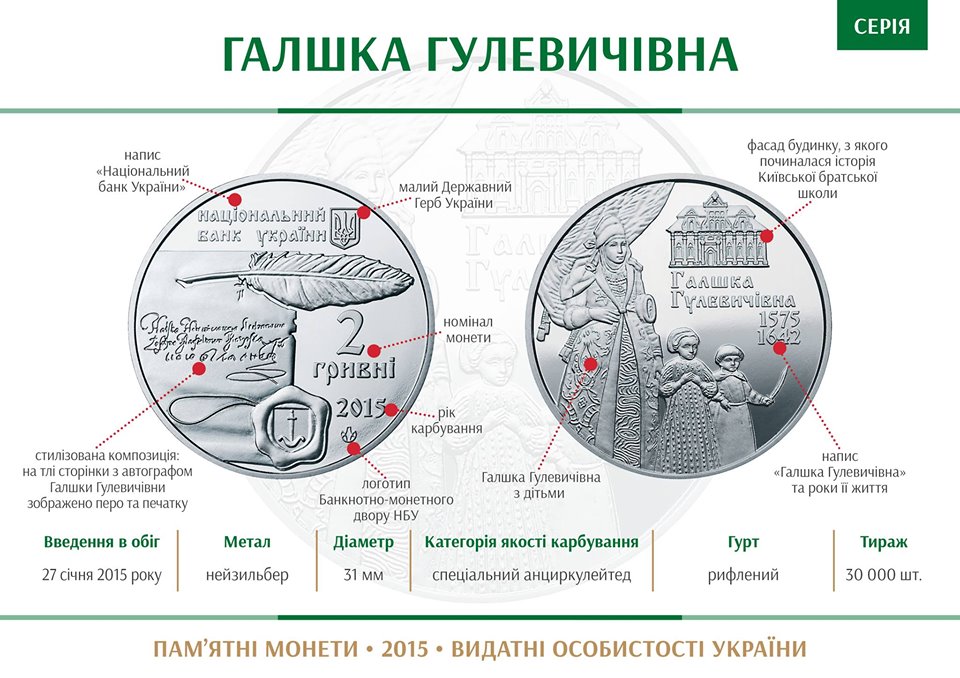