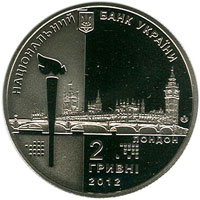 Obverse: on the coin above there is depicted the Small Coat of Arms of Ukraine together with the semicircular inscription НАЦІОНАЛЬНИЙ БАНК УКРАЇНИ (National Bank of Ukraine); the city panorama against the background whereof to the left there is a conventionalized image of the Olympic Torch with the legend ЛОНДОН (London) to the right; below there is the legend 2 / ГРИВНІ / 2012 (2 / hryvnias / 2012) on the German silver one together with the National Bank of Ukraine Mint logo. 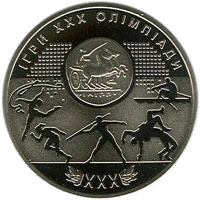 Reverse: on the coin there are depicted: located in the form of semicircle silhouettes of representatives of different sports and a gold stater of Philip II who took part in Olympic Games together with the legends ІГРИ ХХХ

All coins in serie Sport
All coins 2012 year of release 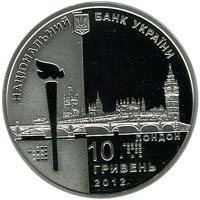 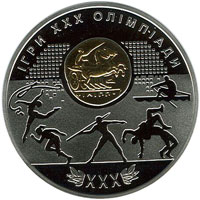