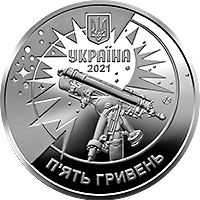 Obverse: against the backdrop of a stylized image of a starry sky is Ukraine`s small coat of arms (above), below which is the legend УКРАЇНА/2021 (Ukraine/2021); in the center, against a smooth background, is a telescope that belongs to Lviv University; beneath is the semicircular legend П’ЯТЬ ГРИВЕНЬ (five hryvnias); to the right of the telescope is the mint mark of the NBU Printing and Minting Works. 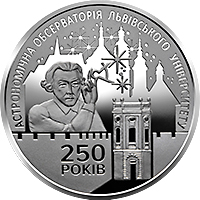 Reverse: there is a composition that symbolizes the first documented astronomical observations in Lviv – against the smooth backdrop of the silhouette of a cityscape of the 18th century Lviv is an image of an astronomer of that time; beneath is a city wall, against the backdrop of the wall are the legend 250/РОКІВ (250/years) and the building of the observatory; above is the following semicircular legend: АСТРОНОМІЧНА ОБСЕРВАТОРІЯ ЛЬВІВСЬКОГО УНІВЕРСИТЕТУ (Lviv University Astronomical Observatory).

This coin celebrates the Lviv University Astronomical Observatory, a research and development center. One of the oldest observatories in Eastern Europe, it was founded in 1771. At that time, the study of celestial bodies in Lviv was at the same level as that in Berlin, Vilnius or Vienna, as the observatory’s equipment was not inferior to that in similar contemporary European institutions. Scientists were trained in Lviv University, which launched an astronomy course to that end. The main activities of the modern institution are the study of the Sun, stars, the interstellar medium, galaxies and the Universe as a whole. Laser-range, photometric and positional observations of the artificial satellites of the Earth are also an important area of the observatory’s activity. A set of telescopes for such observations is in the register of scientific objects that are part of the national heritage of Ukraine. 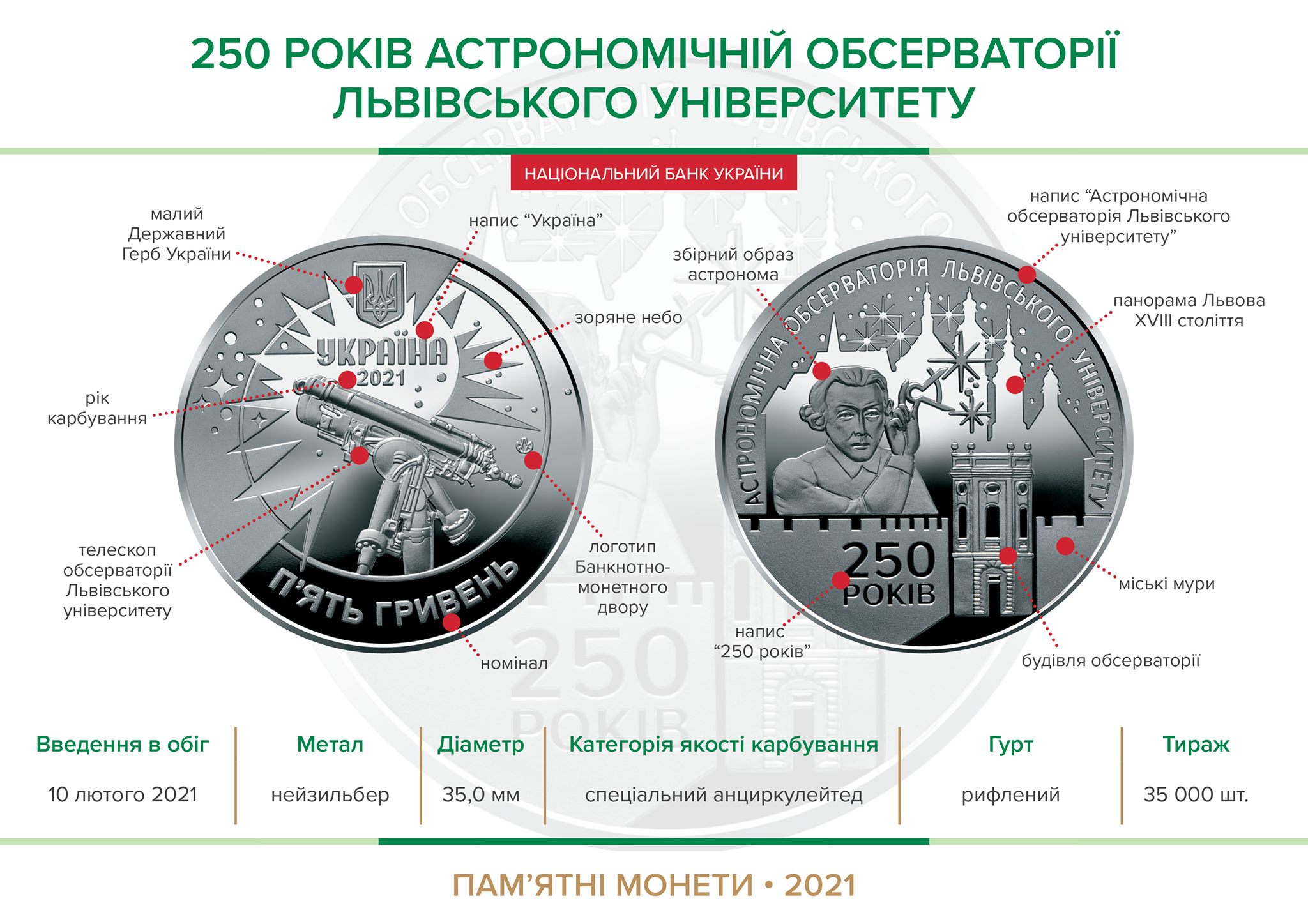