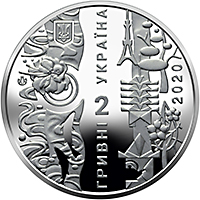 Obverse: to the left is Ukraine`s small coat of arms; there is an origami-stylized composition symbolizing the close ties between Japanese national architecture and nature; the composition is divided into two parts – a stylized stream with fish in it and sakura blossoms to the left, and stylized Tokyo buildings to the right; in the center, against a smooth background, are the vertical legend УКРАЇНА (Ukraine) and the coin face value 2 ГРИВНІ (2 hryvnias); the coin issue year 2020 is to the right, to the left, against a smooth background, is the mint mark of the NBU Banknote Printing and Minting Works. 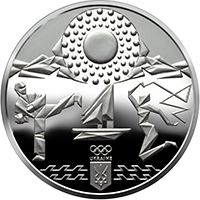 Reverse: above, against the backdrop of the Mount Fuji, is a stylized disk of the sun; beneath is the logotype of the National Olympic Committee of Ukraine; in the center, against a smooth background, are origami-stylized images symbolizing several Olympic sports.

This coin celebrates the ХХXІІ Olympic Summer Games, an important global sporting event. These games, which are next to be held in Tokyo, will introduce new sports to the competition. Olympic games are organized by the International Olympic Committee as part of the Olympic Movement. 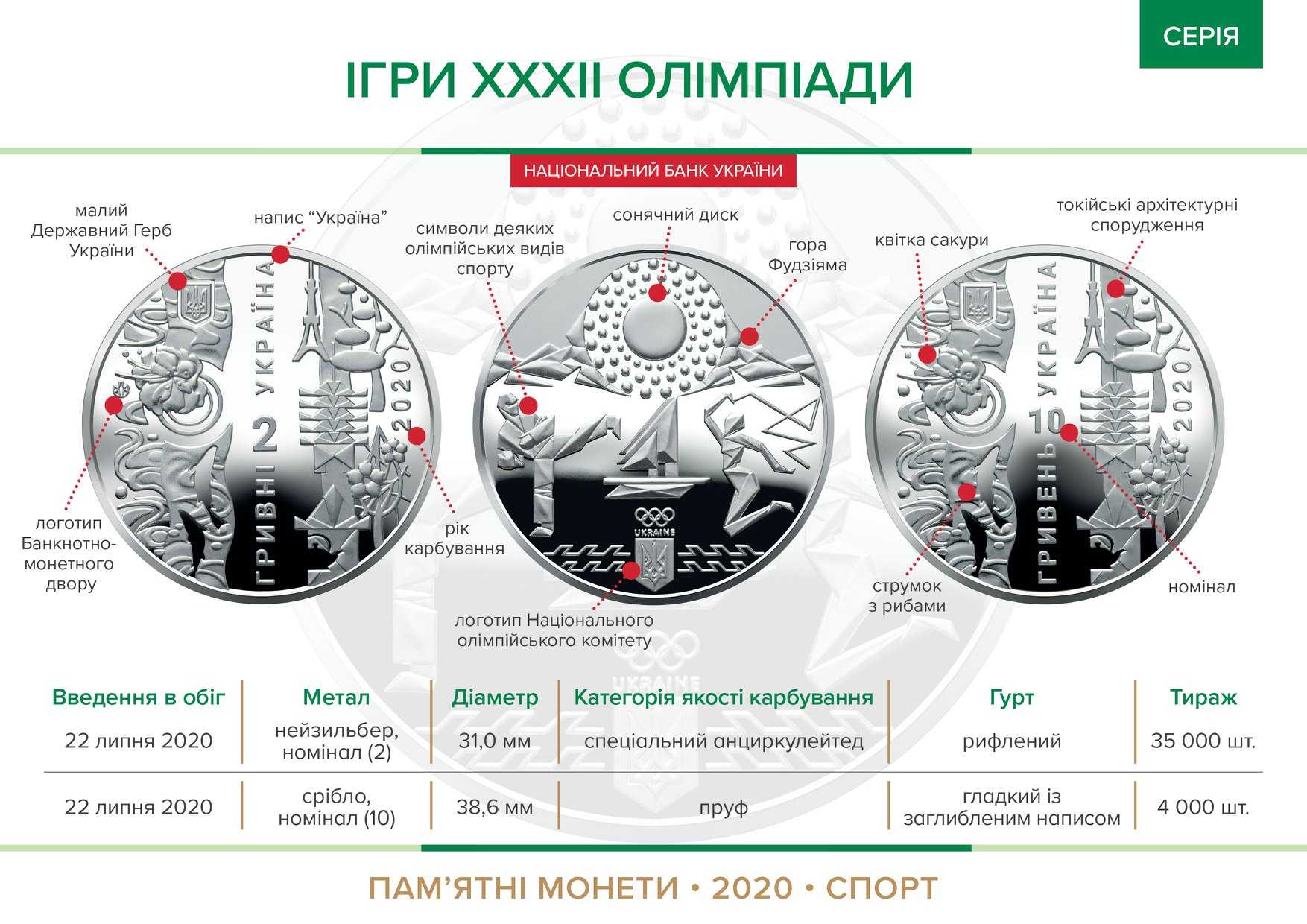 All coins in serie Sport
All coins 2020 year of release 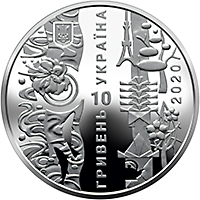 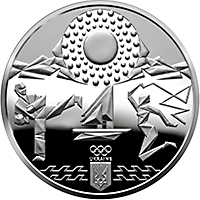