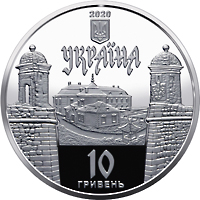 Obverse (silver coin): above is Ukraine’s small coat of arms, below which is the legend УКРАЇНА (Ukraine); above is the coins’ issue year – 2020; to the right and left are towers between which a stylized castle can be seen in perspective; beneath is the coins’ face value 10/ГРИВЕНЬ (10/hryvnias)

Reverse: there is the castle courtyard, with a fountain and a sculpture of three cupids in the foreground; in the background is the Chinese Palace; to the left of the palace is a statue of Neptune, with a statue of Aphrodite being to the right; there are the following legends: ЗОЛОЧІВСЬКИЙ ЗАМОК (Zolochiv Castle) (semicircular, below) and XVIІ ст. (the 17th century) (to the right).

This coin commemorate a bastioned castle that was the subject of historical events in Halych lands. Erected in the first half of the 17th century, Zolochiv Castle is a fortification constructed in a then-current Dutch style. Sitting on a small hill, the castle was used both for defense and living in it, being a “palazzo” of the “fortezzo” type. The castle features the following fortifications: ramparts, bastions, a tower above the gates, a bridge, and a ravelin. It also boasts some Renaissance buildings – the entry tower, the Grand Palace and the Chinese Palace – one of the few examples of Oriental architecture in Ukraine. Zolochiv Castle is an open-air museum that belongs to Borys Voznytskyi Lviv National Art Gallery, and is one of the castles on Lviv’s golden horse-shoe tourist route (the route derives its name from the location of the castles, which form a horse-shoe on the map). 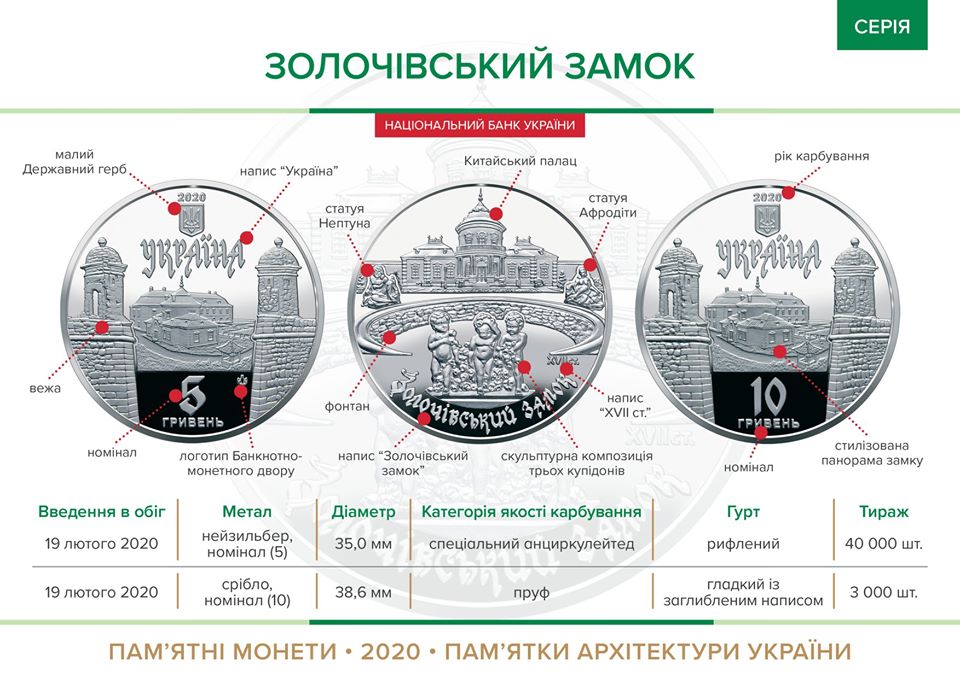 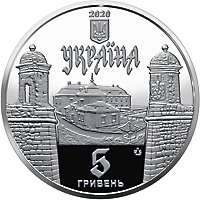 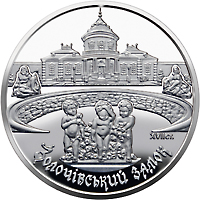