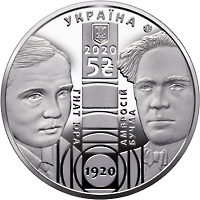 Obverse (nickel silver coin): there is Ukraine`s small coat of arms, above which is the semicircular legend УКРАЇНА (Ukraine), below the coat of arms are the coins’ issue year – 2020 and the face value 5 ? on the nickel silver coin; against a smooth background, to the left, is a portrait of Hnat Yura, to the right of which is the vertical legend ГНАТ ЮРА (Hnat Yura); to the right is a portrait of Amvrosii Buchma, to the left of which is the vertical legend АМВРОСІЙ/БУЧМА (Amvrosii/Buchma). Yura and Buchma were among the theater’s founders. Beneath is the legend 1920, the year when the theater was founded. The mint mark of the NBU’s Banknote Printing and Minting Works is located above, to the right. 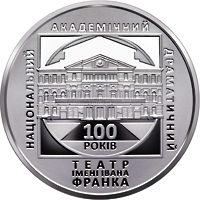 Reverse: there is a stylized composition that resembles the logotype of the theater: in a square frame, against a smooth background, is a relief image of the theater; against a matt background are the following legends: 100/РОКІВ (100/years) (under the building); НАЦІОНАЛЬНИЙ (national) (vertical, to the left); АКАДЕМІЧНИЙ (academic) (above); ДРАМАТИЧНИЙ (drama) (vertical, to the right); ТЕАТР/ІМЕНІ ІВАНА/ФРАНКА (Ivan/Franko/theater) (beneath).

This coin celebrate the centenary of the establishment of the legendary Ivan Franko National Academic Drama Theater. Most of the classic Ukrainian playwrights of the 19th and the 20th centuries had their works first performed on the stage of this theater. The theater, which opened in 1920 in Vinnytsia, has nurtured a special community of artists who are united by creative ideals and common goals. The theater’s best performances celebrate its actors’ artistic skills. The theater’s remarkable achievements include bright, lively and unique characters created by talented actors, and directors’ original productions. 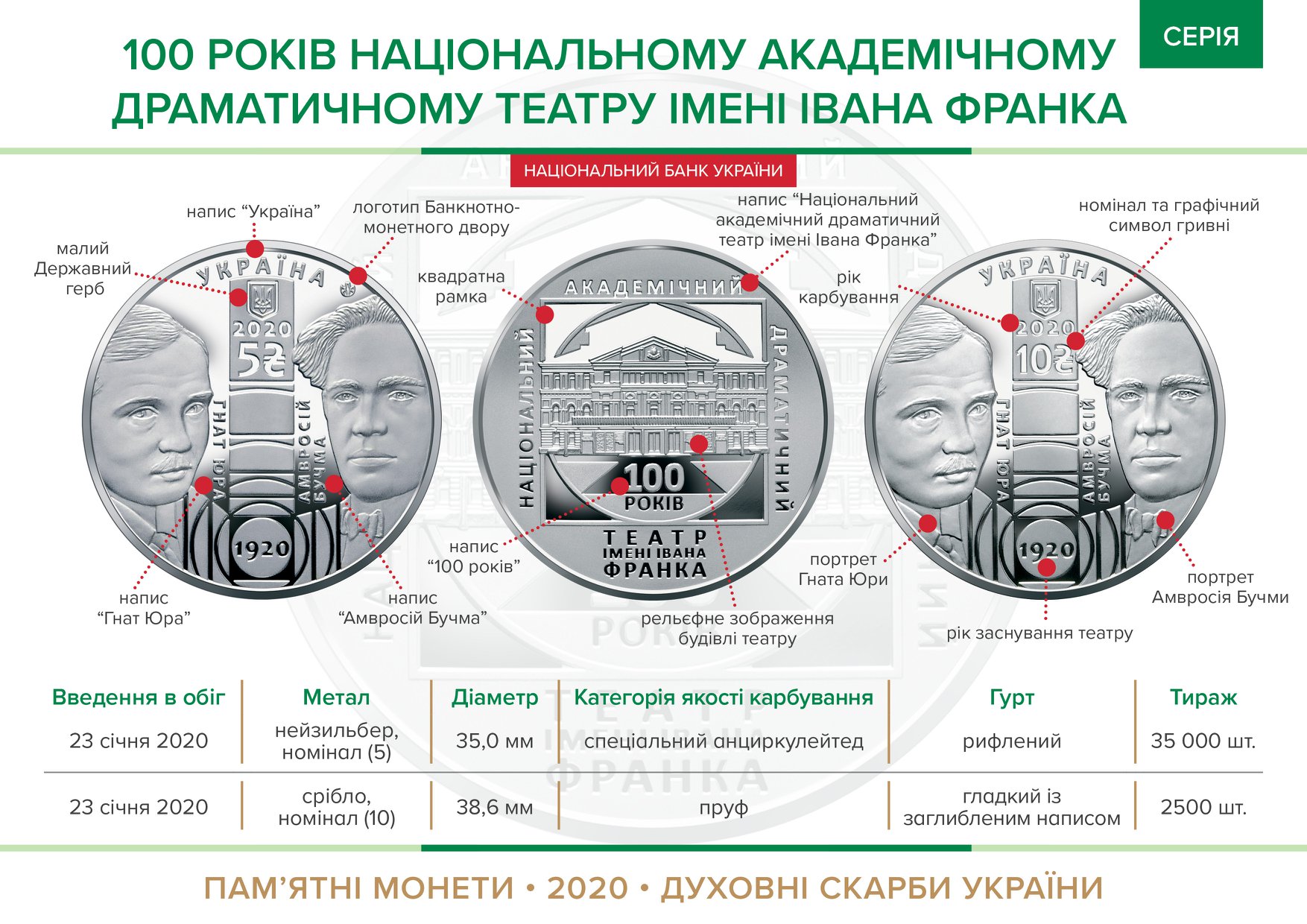 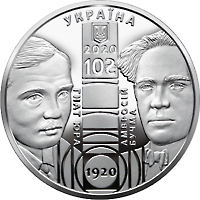