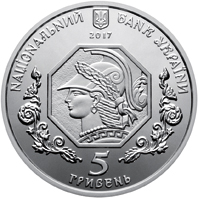 Obverse: above is Ukraine`s small coat of arms, below which is the coin`s issue year - 2017; there is the semicircular conventionalized legend: NАЦІОНАЛЬНИЙ БАНК УКРАЇНИ (National Bank of Ukraine); in the center against a smooth background is an octagon fringed with a floral ornament, in the octagon is an image of the goddess Minerva - the Roman patron of the fine arts; beneath is the coin`s face value: on the silver coin - 5/ ГРИВЕНЬ (5/ hryvnias). 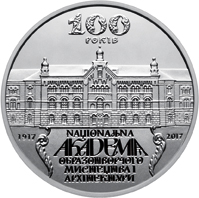 Reverse: there is the academy`s building, below which are the years 1917 and 2017; there are also the following conventionalized legends: 100 РОКІВ (100 years) (above) and NАЦІОНАЛЬNА/ АКАДЕМІЯ/ ОБРАЗОТВОРЧОГО/ МИСТЕЦТВА І/ АРХІТЕКТУРИ (National/ Academy of Fine/ Arts and/ Architecture) (below).

These coins commemorate 100 years since the establishment of the National Academy of Fine Arts and Architecture, which succeeded the Ukrainian Academy of Arts. The national academy was founded on 18 December 1917 at the initiative of prominent public figures, patrons of the arts, and artists, at a time of great hopes and hardship in Ukraine. The main objective of founding the first Ukrainian higher institution of fine arts was to cultivate an artistic school on the basis of national and world culture. 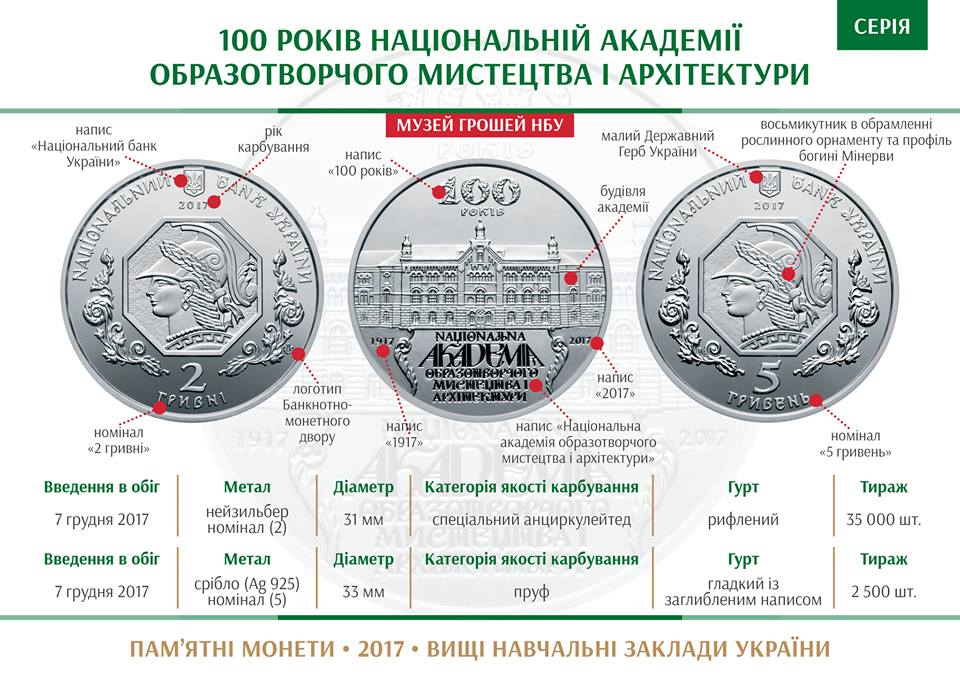 List price: 47 грн.
100 Years since the Establishment of the National Academy of 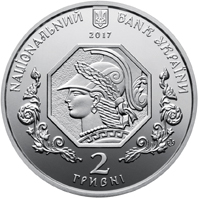 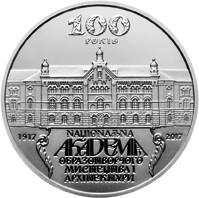