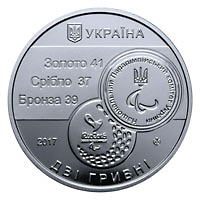 Obverse: above are Ukraine`s small coat of arms and the legend УКРАЇНА (Ukraine) (to the right), under which are the symbol of Ukraine`s National Paralympic Committee and a conventionalized Paralympic medal; to the left are the legends: ЗОЛОТО 41/СРІБЛО 37/БРОНЗА 39 (gold 41/silver 37/bronze 39); against a smooth background is the coin`s issue year - 2017; below are the coin`s face value - ДВІ ГРИВНІ (two hryvnias), and the mint mark of the NBU Banknote Printing and Minting Works (to the right). 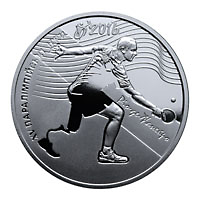 Reverse: against the backdrop of a conventionalized wavy ribbon is a Paralympian athlete holding a racket in his hand, next to the athlete is the legend: Ріо-де-Жанейро (Rio de Janeiro); to the left of the athlete is the semicircular legend: XV ПАРАЛІМПІЙСЬКІ ІГРИ (15th Paralympic Games); above is the emblem of the Ukrainian Paralympic Movement and the year when the games were held - 2016. 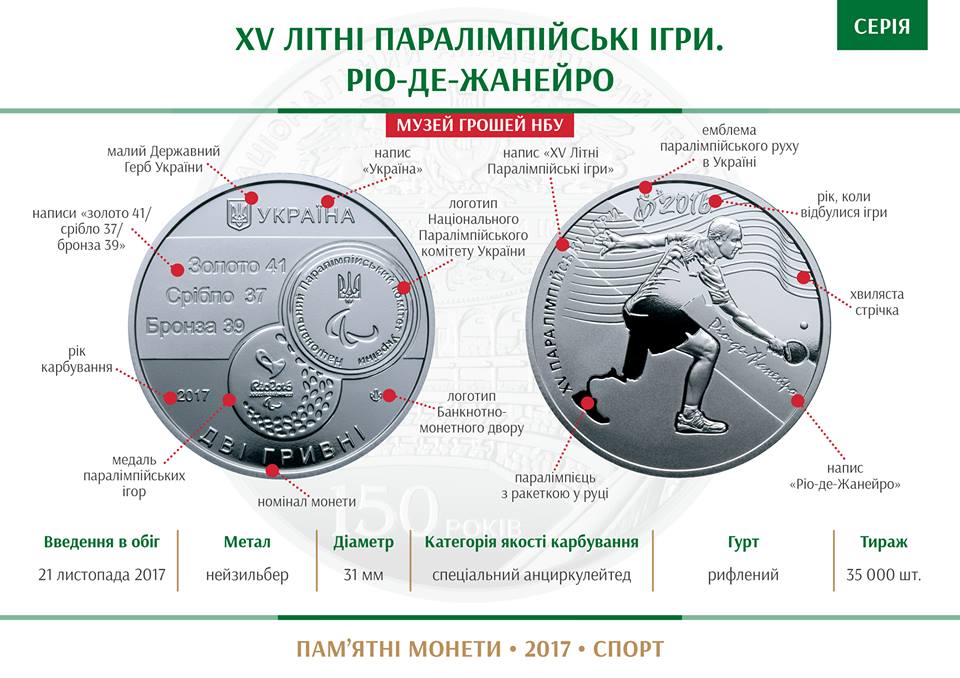 All coins in serie Sport
All coins 2017 year of release