Coin 400 Years since the Establishment of the Lutsk Orthodox Fellowship of the True Cross 5 грн., market price 13.06.2021 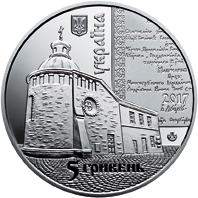 Obverse: above is Ukrane`s small coat of arms, to the right of which is the vertical legend УКРАЇНА (Ukraine); beneath is the coin face value 5 ГРИВЕНЬ (5 hryvnias); against a smooth background is the fellowship`s Church of the True Cross (city of Lutsk, 17th century), to the right of which, against the background of a conventionalized image of an old printed text, are the issue year 2017 and the mint mark of the NBU Banknote Printing and Minting Works. 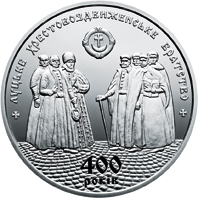 Reverse: against a smooth background are fellowship members, above which are the fellowship`s seal and the semicircular legend ЛУЦЬКЕ ХРЕСТОВОЗДВИЖЕНСЬКЕ БРАТСТВО (Lutsk Orthodox Fellowship of the True Cross); beneath is the legend 400 РОКІВ (400 years).

This coin commemorates the Lutsk Orthodox Fellowship of the True Cross - a national, religious and community-based organization of the Volyn Orthodox Polish gentry. The fellowship strived to preserve and protect Orthodoxy in Volyn, and played an important role in the region`s social and political life in the first half of the 17th century. Fellowships founded in Lviv, Kyiv, Lutsk, Ostroh, Vilnia and other places in the late 16th and early 17th centuries were involved in charitable, cultural and educational activities. As part of their efforts, they established hospitals, schools and printing houses, erected churches and monasteries, and distributed books promoting culture and science. 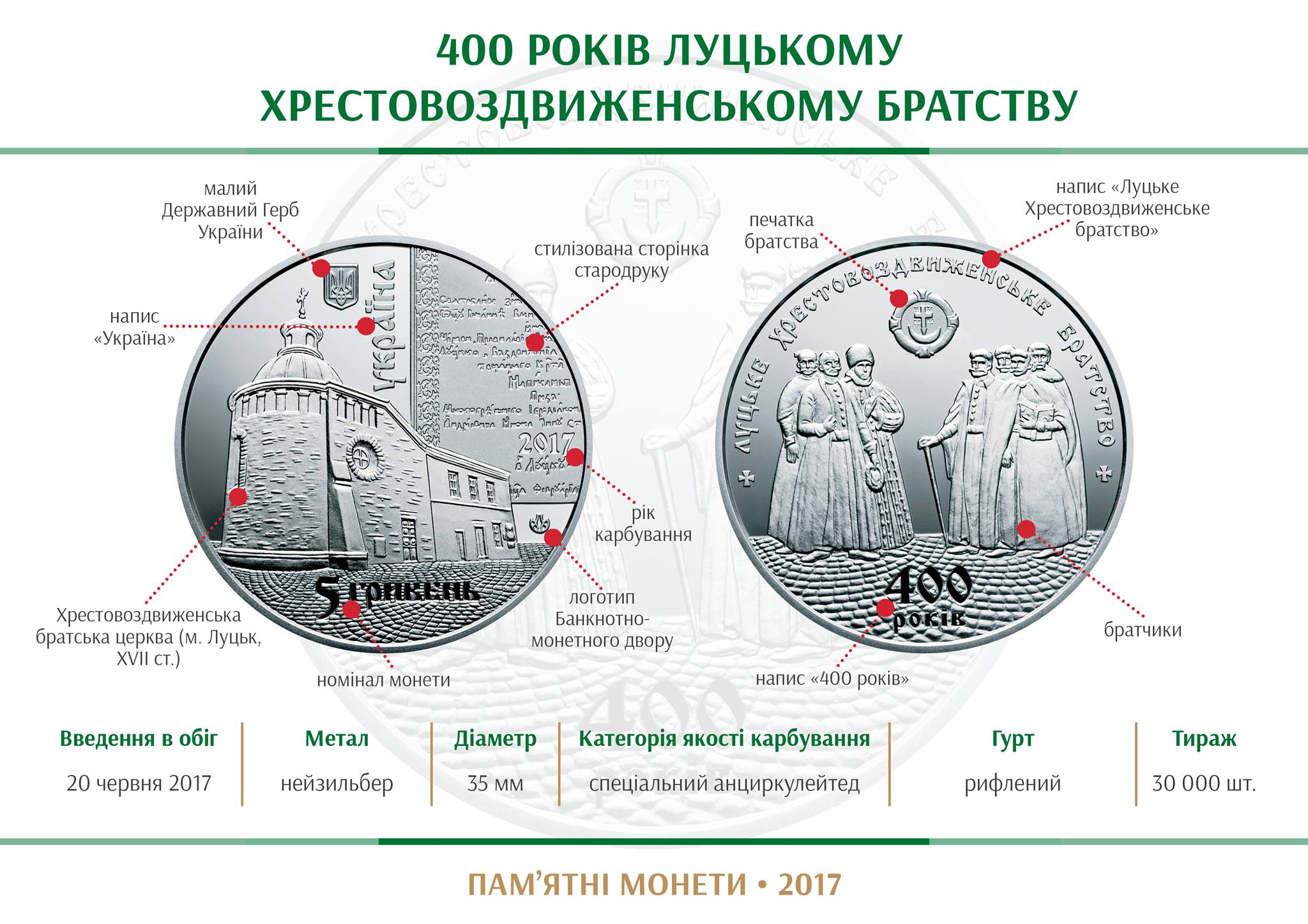