Buy a coin Remembrance for the Victims of Crimean Tatar Genocide 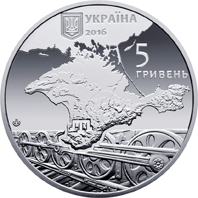 Obverse of the coin: there is the Small Coat of Arms of Ukraine, the semicircular inscription УКРАЇНА (UKRAINE), the year of issue - 2016, and the face value - 5/ГРИВЕНЬ (5 hryvnias); the coin also contains the following composition: against a smooth background there is depicted the map of the Crimean Peninsula with tamga, the Crimean Tatar emblem; below, there are wheels of a leaving steam train as the symbol of Crimean Tatars` deportation. The German silver coin contains the mark of the Mint of the National Bank of Ukraine against a smooth background to the left. 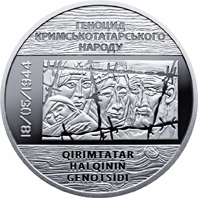 Reverse of the coin: there is the following conventionalized composition: a deported Crimean Tatar family behind steel wire in a railroad car and the inscriptions: 18/05/1944 (vertically, to the left), ГЕНОЦИД/КРИМСЬКОТАТАРСЬКОГО/НАРОДУ (Crimean/Tatar/Genocide) (above) and QIRIMTATAR/HALQINI?/GENOTSIDI (below).

The coin commemorates the victims of the Crimean Tatar genocide. On 18 May 1944, the Soviet regime started removing Crimean Tatars from their historical motherland, Crimea. About half of the deportees died as a result of the forcible deportation and restriction to means for their existence. 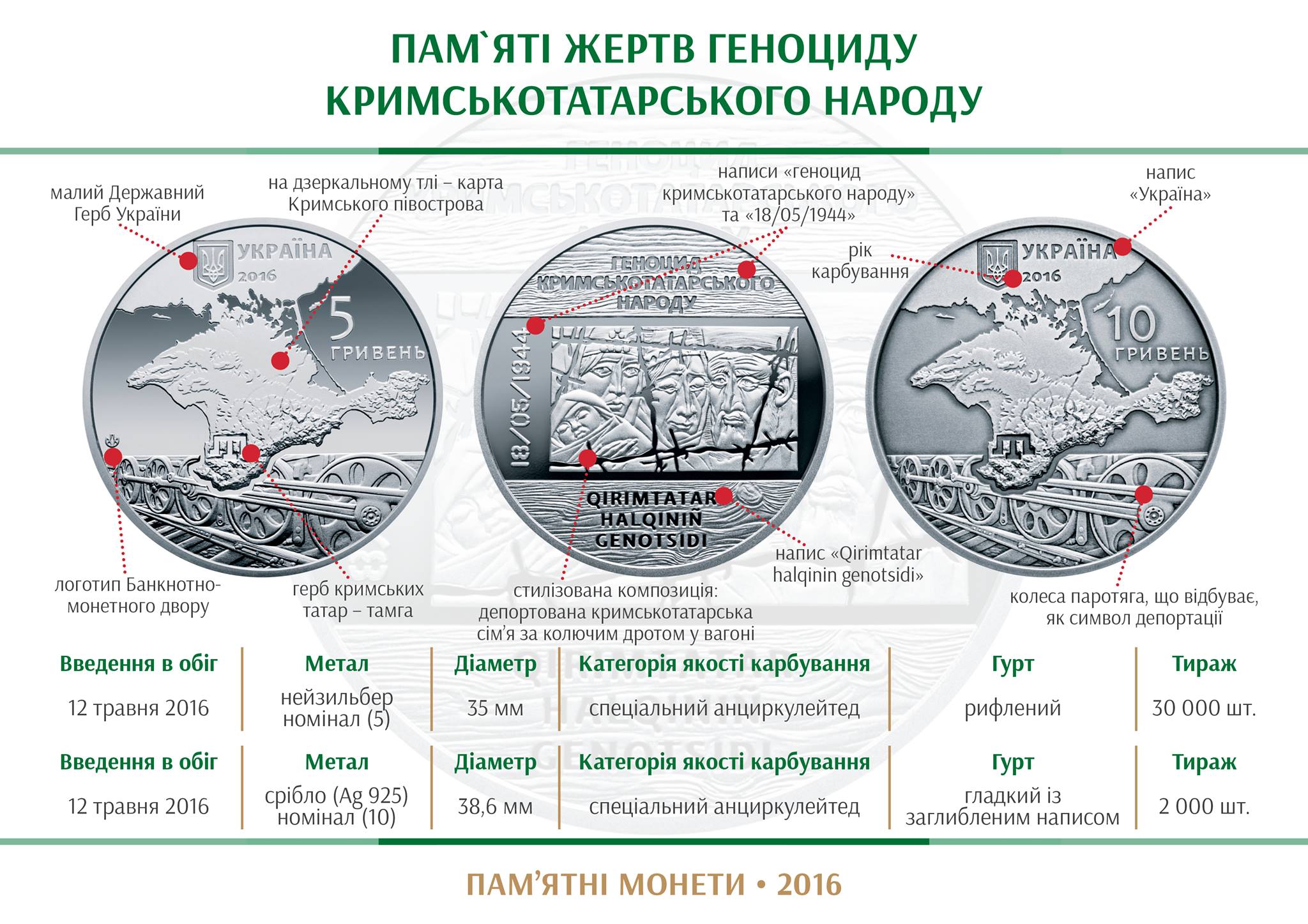 Discussion coins Remembrance for the Victims of Crimean Tatar Genocide (17) 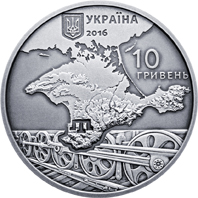 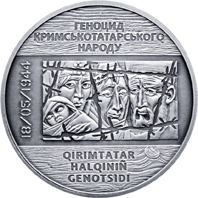