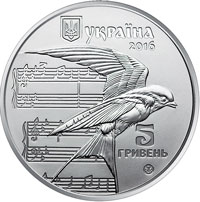 Obverse: on the lusterless surface, the following is depicted: above there is the Small Coat of Arms of Ukraine with the inscription УКРАЇНА (Ukraine) to the right and the year of issue underneath - 2016; against the note rows there is the relief image of a swallow, under which to the right there is the face value 5/ГРИВЕНЬ (5/hryvnias) and the mark of the Mint of the National Bank of Ukraine. 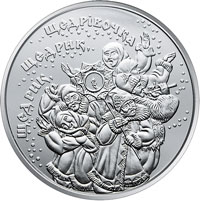 The coin commemorates the 100th anniversary of the first performance of the Schedryk carol of Mykola Leontovych by the Kyiv University choir. Mykola Leontovych was an innovative Ukrainian composer. He excelled in creating small choral pieces and arranged about 200 folk songs. He had no equal for his good ear for folk music and for using musical means to create poetic images. `Shchedryk` is one of the most popular Leontovych`s arrangements, which the composer worked on almost all his life. It is known not only in Ukraine but also in the entire world as `The Carol of the Bells`, `The Ukrainian Bell Carol`, or `The Ukrainian Carol.` 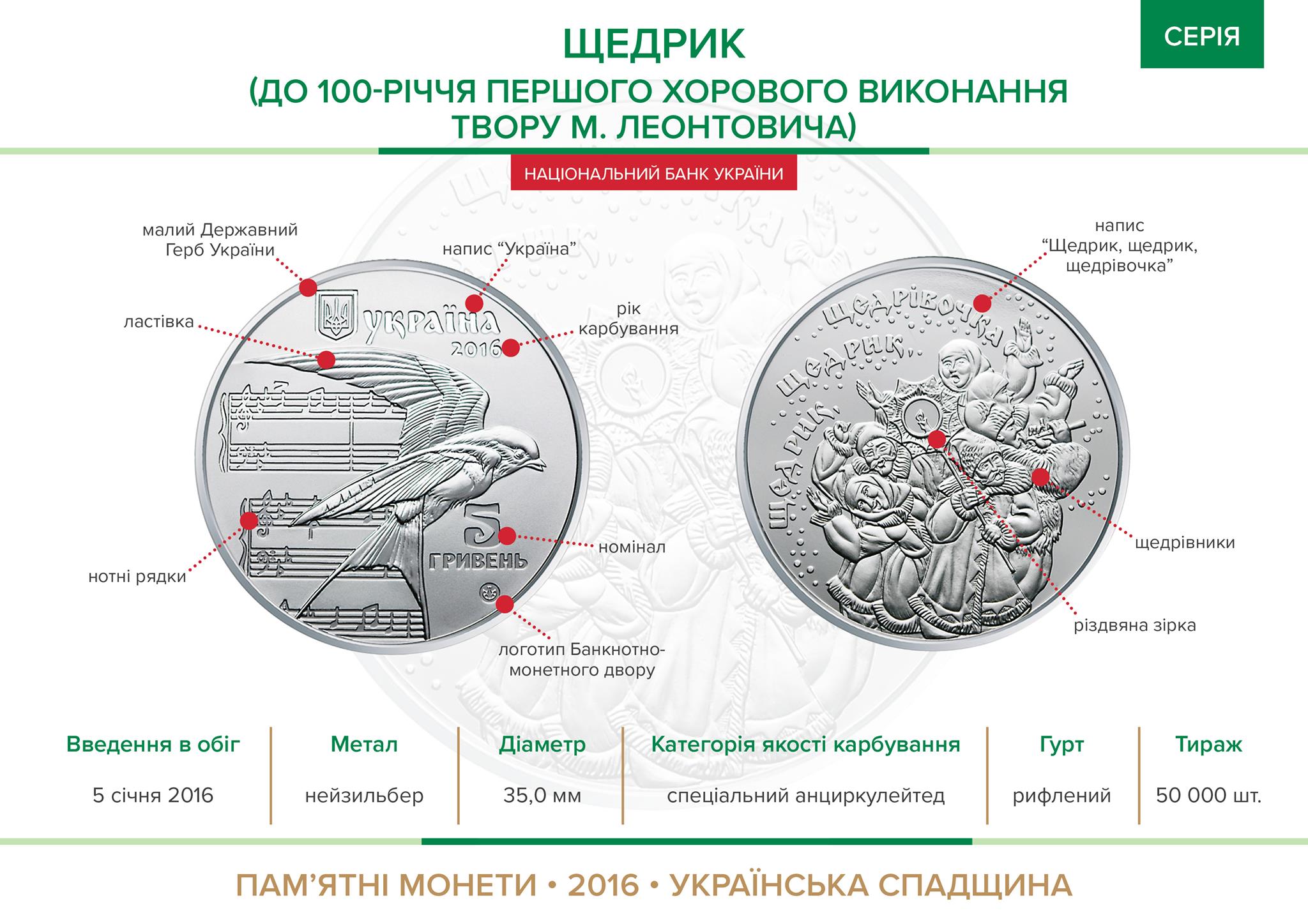 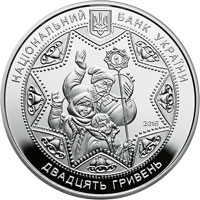 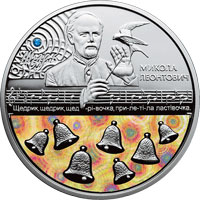