Obverse of the 5-hryvnia coin: above there is the semicircular inscription УКРАЇНА (UKRAINE) under which there is the Small Coat of Arms of Ukraine and the conventionalized composition symbolizing life - a family tree with a bird sitting in the nest of viburnum branch against the background thereof; to the right - there is the year of issue - 2015, below - the face value 5/ГРИВЕНЬ (5/hryvnias), to the left - the mark of the National Bank of Ukraine Mint. 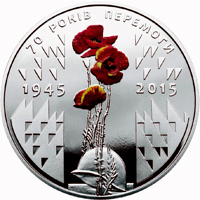 On the reverse of the coin: there is the following conventionalized composition: a soldier`s helmet and red poppy flowers - as symbols of remembrance; to the left there is the inscription - 1945, to the right - 2015; there are triangles, symbolizing candle flames, above there is the semicircular inscription - 70 РОКІВ ПЕРЕМОГИ (70 Years of Victory). There is a pad printing technique used on the 5-hryvnia coin.

The coin is dedicated to the 70th anniversary of the victory over Nazism in Europe and perpetuate the act of bravery of the Ukrainian nation, its significant contribution to the victory of the anti-Hitler coalition in World War II. From the first days of the war and until October 1944, the territory of Ukraine was the central part of the entire European theater of military operations in World War II and suffered enormous human and material losses. 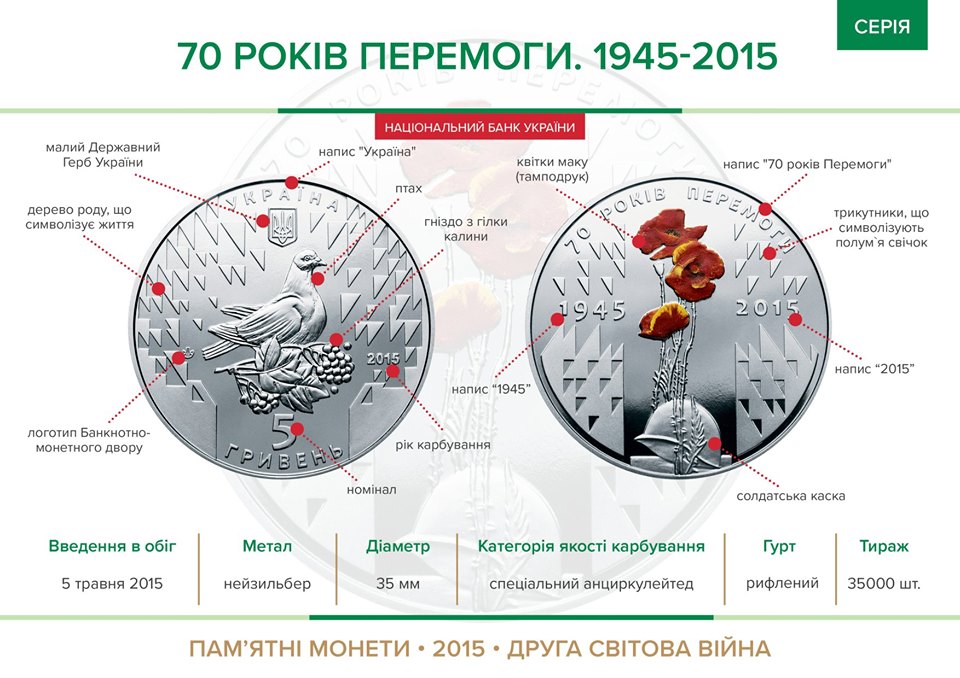