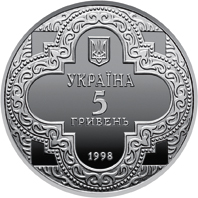 On the coin obverse within a frame made of a vegetal ornament of the Eucharist mosaic from the cathedral, there is a depiction of the Small National Emblem of Ukraine and a four line legend: 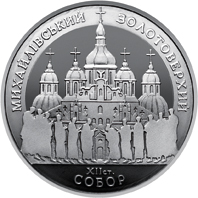 The coin is dedicated to the restoration of St.Michael`s Golden-Domed Cathedral, historical and architectural monument of Rus-Ukraine of the 12th-18th centuries. 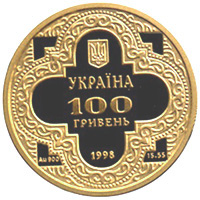 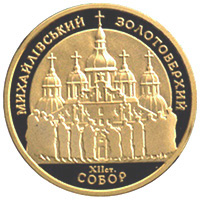