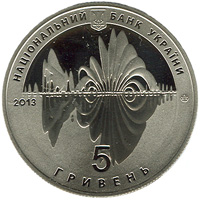 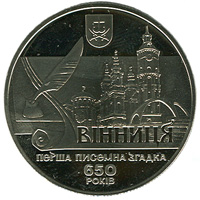 Reverse: above there is the Coat of Arms of Vinnytsia; thereunder, against the background of the scroll, is depicted a conventionalized composition: the ink-pot with the quill, city architectures and the legend ВІННИЦЯ (Vinnytsia); below there is the inscription ПЕРША ПИСЕМНА ЗГАДКА/ 650/ РОКІВ (First record/650/years).

The commemorative coin is dedicated to Vinnytsia, an administrative and industrial center, one of the most fascinating cities of Podolia, situated on the banks of the Southern Bug River, which was first mentioned under 1363 as a fortress.

List price: 1123 грн.
650th Anniversary of the First Record of the City of Vinnytsia 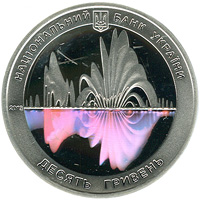 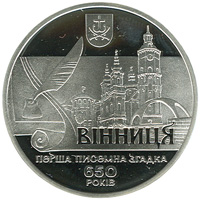