Coin 200 Years since the Establishment of the Mykolaiv Astronomical Observatory 5 UAH, market price 07.07.2022 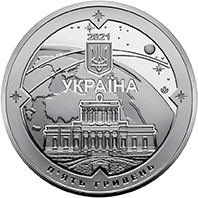 Obverse: against the backdrop of a stylized fragment of the globe is Ukraine`s small coat of arms (above); above the coat of arms is the legend 2021, with the legend УКРАЇНА (Ukraine) being below it; in the center is the original building of the observatory, which is built to a special design and boasts a unique round room and stonework; beneath is the semicircular legend П’ЯТЬ ГРИВЕНЬ (five hryvnias); to the right, is the mint mark of the NBU Banknote Printing and Minting Works. 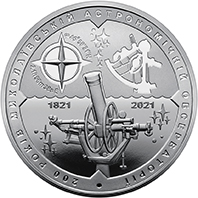 Reverse: there are the following astronomical instruments: against a smooth background is a meridian circle, to the left of which is the legend 1821, the legend 2021 is to the right of the circle; above the circle, against a matt background, is a symbolic center of the observatory with its coordinates, which were determined by Karl Knorre, the first director of the observatory (to the left); to the right of the center is the outline of a sextant; there is the following circular legend: 200 РОКІВ МИКОЛАЇВСЬКІЙ АСТРОНОМІЧНІЙ ОБСЕРВАТОРІЇ (200 Years since the Establishment of the Mykolaiv Astronomical Observatory).

This coin celebrates the Mykolaiv astronomical observatory, a research and development center. One of the oldest observatories in Eastern Europe, it was founded in 1821 as a marine observatory, with a view of providing the Black Sea Fleet with maps, and teaching naval officers methods of astronomical orientation. The observatory was involved in doing an important astronomical task – creating a celestial fundamental coordinate system. This was done through the joint efforts of observatories across the world to produce fundamental catalogues on the basis of millions of separate observations and the measurement of the positions of stars for almost 200 years. Today, the observatory mainly studies near-Earth objects and the movements of Solar System bodies, creates astrometric catalogues of stars, provides information support for astronomical research, and makes astronomical instruments. 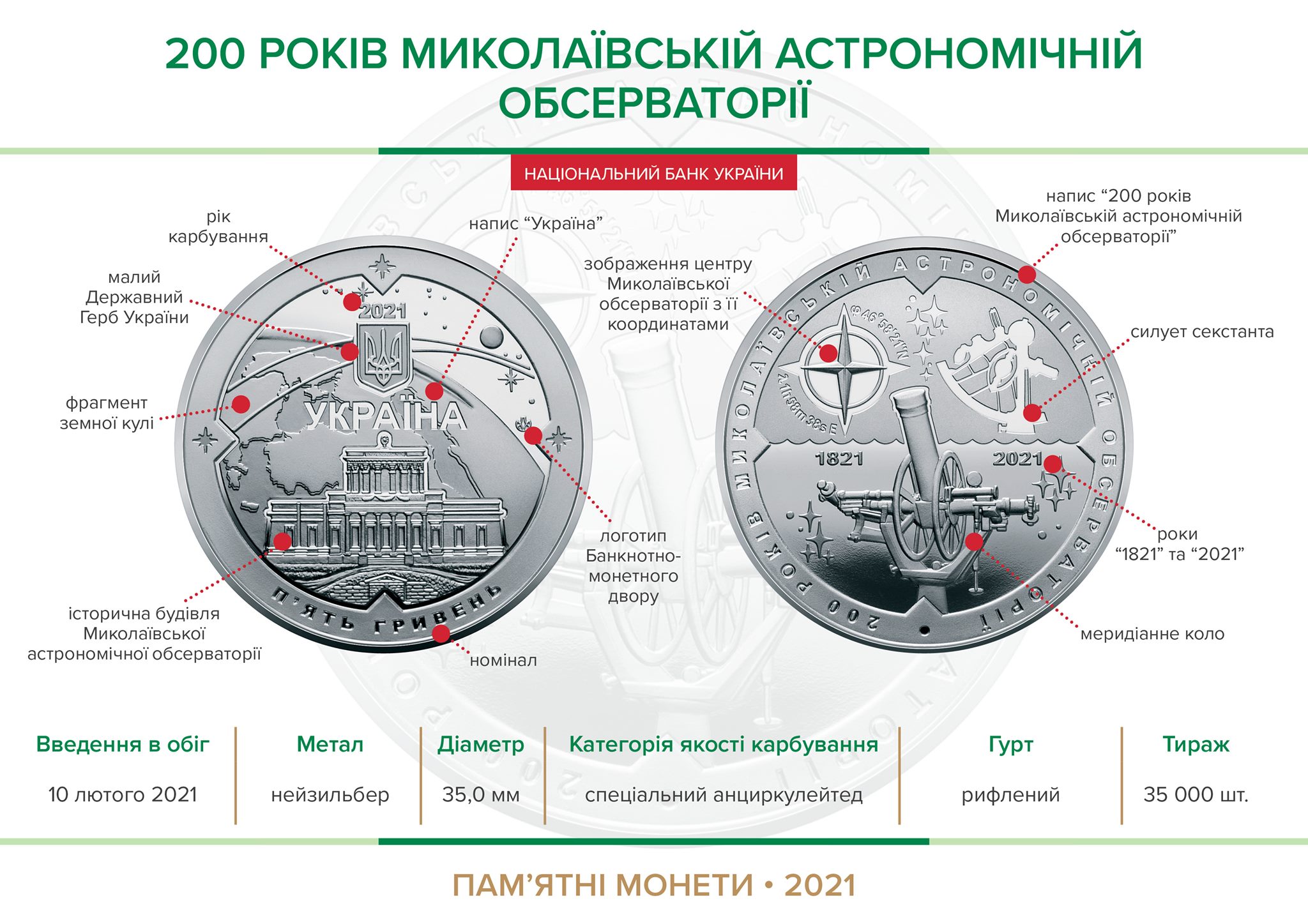