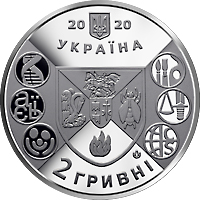 Obverse: above is Ukraine`s small coat of arms, on both sides of which are the figures of the coin issue year, 2020; below the coat of arms is the legend УКРАЇНА (UKRAINE); in the center, against a smooth background, is the university’s coat of arms, on the right and left of which are pictograms inscribed in a circle with images symbolizing the faculties of the university; beneath are the coin’s face value 2 ГРИВНІ (2 HRYVNIAS) and the mint mark of the NBU’s Banknote Printing and Minting Works. 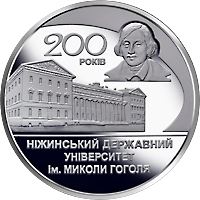 Reverse: against a smooth background, is an image of the university building, above which are the legend 200/РОКІВ (200/ YEARS) and a portrait of Mykola Gogol (to the right), below is the legend: НІЖИНСЬКИЙ ДЕРЖАВНИЙ/ УНІВЕРСИТЕТ/ ІМ. МИКОЛИ ГОГОЛЯ (NIZHYN MYKOLA GOGOL STATE UNIVERSITY).

This coin commemorates one of the oldest educational institutions in Ukraine, the Gymnasium of Higher Sciences, which had the status of a university. The construction of the gymnasium was financed by the brothers Oleksandr and Illia Bezborodko. The university is famous for its educational, scientific and cultural traditions. Many well-known scientists and cultural figures received their higher education here: Mykola Gogol, Yevhen Hrebinka, Leonid Hlibov, Yurii Zbanatskyi, Yevhen Hutsalo and others. 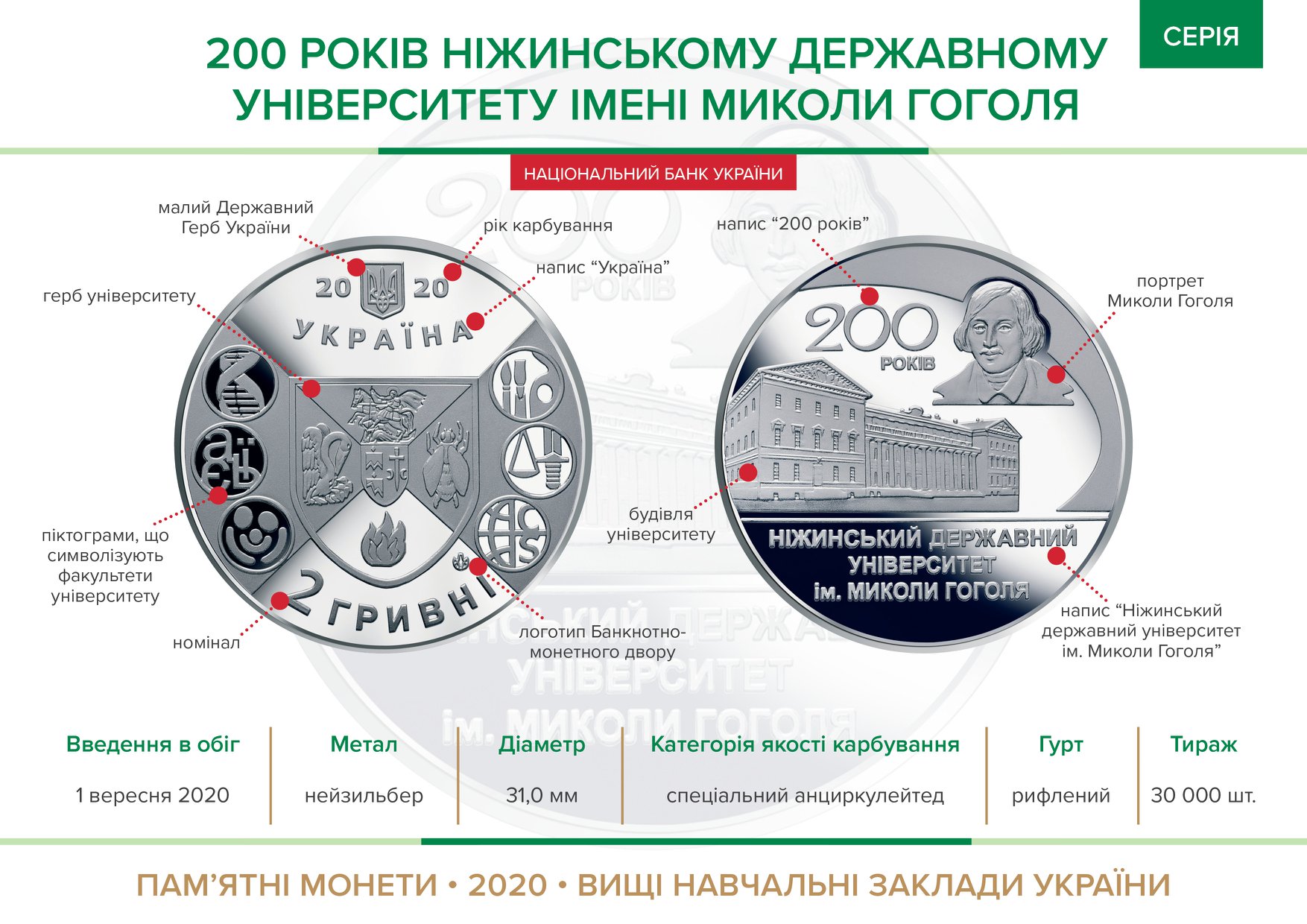