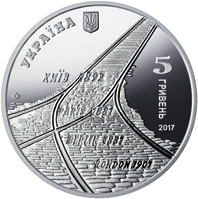 Obverse: above is Ukraine`s small coat of arms, to the left of which is the semicircular legend УКРАЇНА (Ukraine); on the right is the coin face value 5 ГРИВЕНЬ (5 hryvnias) (written vertically) and the coin issue year 2017; there is the following conventionalized composition: tram tracks on a stone pavement aiming skywards as a symbol of progress and the legends КИЇВ (Kyiv) 1892/PARIS 1881/BERLIN 1881/LONDON 1901 (cities in which, and the years when, electric trams were launched); there is the mint mark of the NBU Banknote Printing and Minting Works. 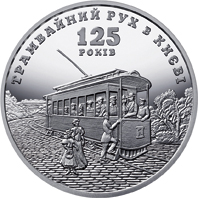 Reverse: there is a tram with passengers against the background of a Kyiv cityscape; above is the semicircular legend ТРАМВАЙНИЙ РУХ В КИЄВІ/125/РОКІВ (tram service in Kyiv/125/years).

This coin commemorates the establishment of the electric tram service in the city of Kyiv. In June 1892, electric trams started to run along Oleksandr (modern Volodymyr) Descent in Kyiv, which is the steepest place in the city. The tram, which had a route of 1.5 km, connected the Tsar (modern European) Square and the Lower (modern Poshtova) Square. The tram service developed rapidly in the city on seven hills (as Kyiv is sometimes referred to) - by the end of the 19th a total of 50 km of electrified tracks had been laid. 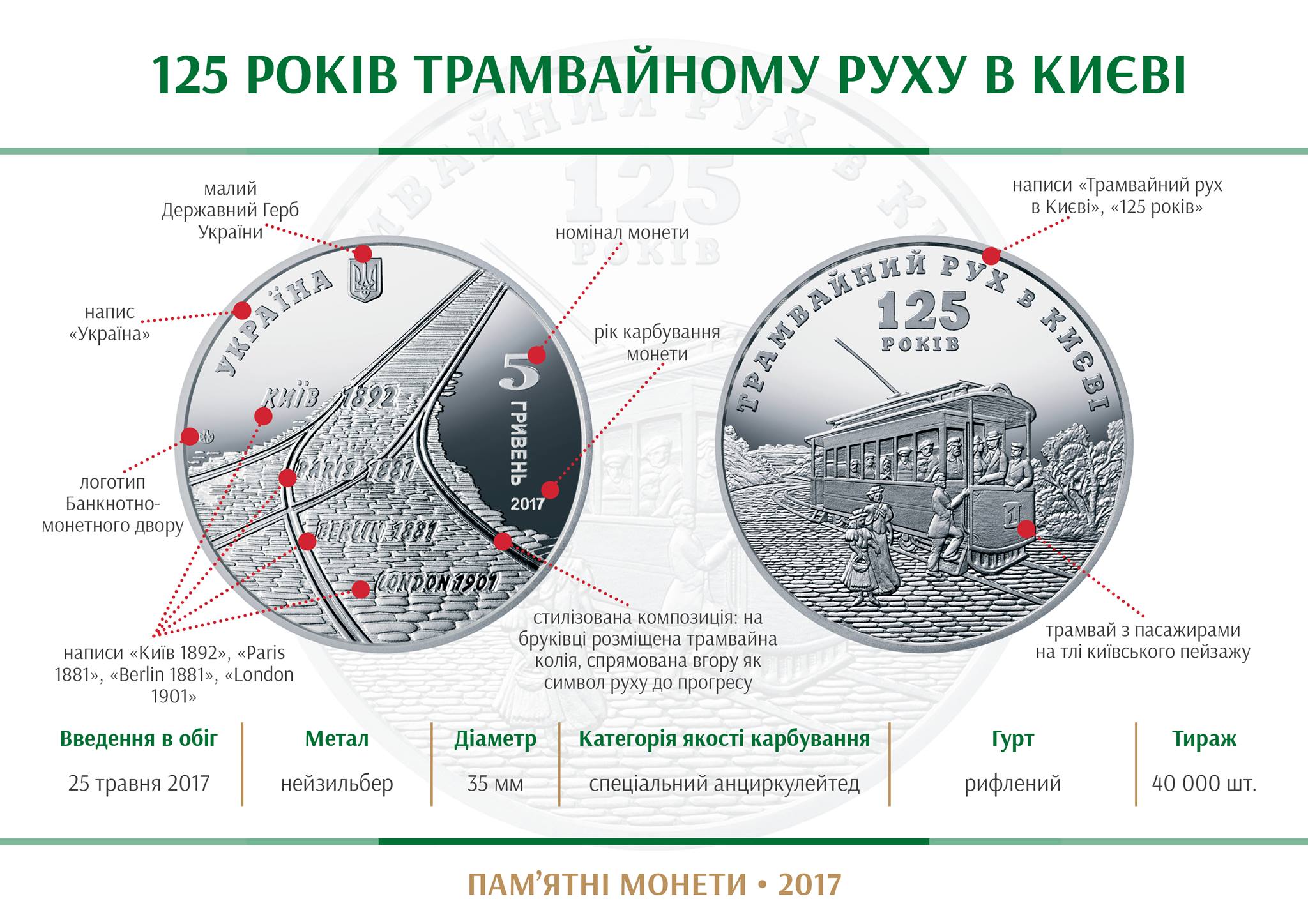