Buy a coin 350-th Anniversary of the Battle of Konotop 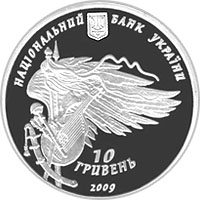 On the obverse against the background of the wing (an allegory of the victory) the images of Hetman`s Insignia, Cossack arms and a bandura are depicted, above there are the Small Coat of Arms of Ukraine and the semicircular legend: НАЦІОНАЛЬНИЙ БАНК УКРАЇНИ (National Bank of Ukraine); below - the coin denomination and issue year 10/ГРИВЕНЬ/2009 (10 hryvnias). 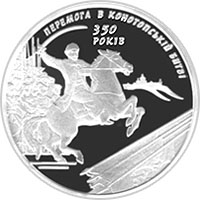 On the reverse in the centre there is the equestrian figure of Ivan Vyhovskyi with the sabre in hand; behind the figure, as the background, there are depicted the Cossack host in a fighting formation (at his left), conventionalized contour image of Konotop fortifications (to the right) and thrown down banners (on the right below); above there is the semicircular inscription: ПЕРЕМОГА В КОНОТОПСЬКІЙ БИТВІ (Victory in Konotop battle) and lower in two lines 350 РОКІВ (350 years).

The commemorative coin is dedicated to the 350th anniversary of victory of the army under the command of Ivan Vyhovskyi, a Hetman of Ukraine, in the battle of Konotop in June of 1659. 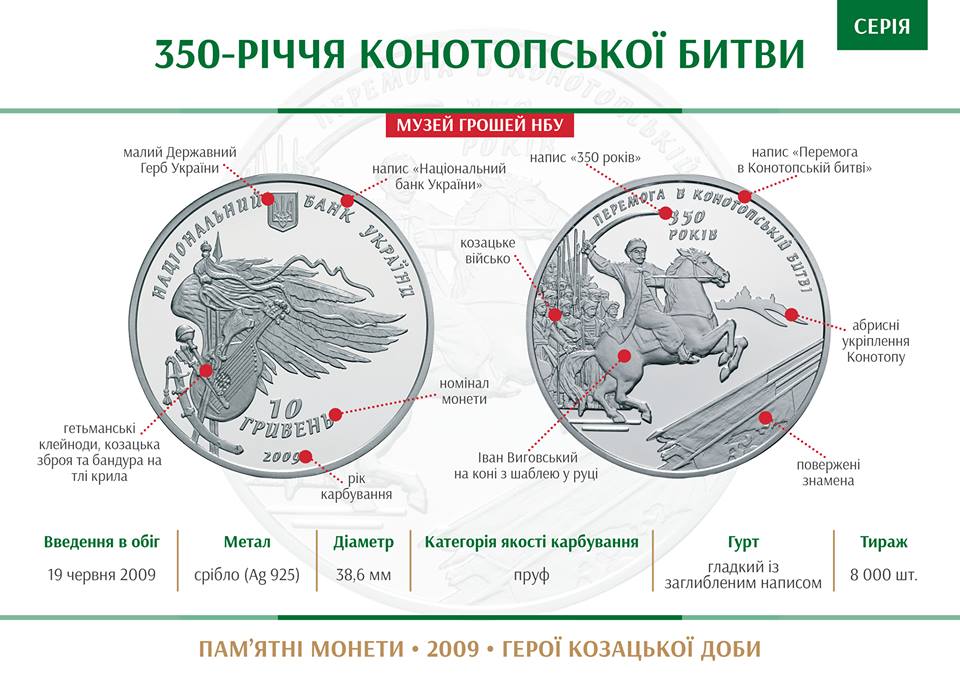 Buy a coin 350-th Anniversary of the Battle of Konotop

Discussion coins 350-th Anniversary of the Battle of Konotop (2)