Buy a coin 750th Anniversary of the City of Lviv 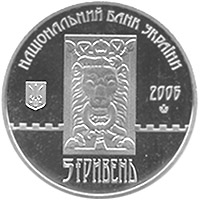 On the coin obverse there is a depiction of an ornamentation element of the chapel of Boim family - a lion`s head, to the left whereof there is the Small National Emblem of Ukraine, to the right: 2006, the coin mintage year, there are also conventionalized inscriptions: НАЦІОНАЛЬНИЙ БАНК УКРАЇНИ (National Bank of Ukraine) (above in a semicircle), 5 ГРИВЕНЬ (5 Hryvnias) and the logotype of the National Bank of Ukraine Mint. 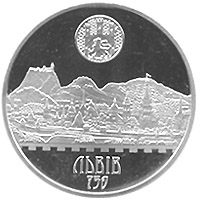 The commemorative coin is dedicated to one of the leading economic, scientific and cultural centres of the state – the city of Lviv. The first written reference to the city was made as far back as 1256. The city had been founded by the King Danylo of Halych and named after his son Lev. Since 1272 Lviv had been the capital of the principality of Halych and Volhynia.

Buy a coin 750th Anniversary of the City of Lviv

Discussion coins 750th Anniversary of the City of Lviv (0)